The Chargers and Ravens played just two weeks ago, and in that game, Baltimore dominated in the trenches on both sides of the ball. The Ravens were consistently able to get to Philip Rivers by winning their 1-on-1 matchups inside and by directing their pressure schemes towards the Chargers’ interior line. Rivers is as good as anyone in the league at throwing from the pocket with bodies around him, but no quarterback can operate with pressure consistently in his face. The Chargers will need to have a better response on Sunday.

The Ravens Offense gashed the Chargers for several big runs in Week 16, and they did so by both dominating up front and taking advantage of L.A.’s dime personnel at the second level. The Chargers have predominantly utilized dime all season, so it wouldn’t be surprising to see them not make any drastic changes in this one. Having more speed on the field did hold quarterback Lamar Jackson to only 39 yards rushing two weeks ago. Regardless, the Chargers’ defensive line will need to be stouter up front to have a chance in this one.

Checkout how these teams match up below: 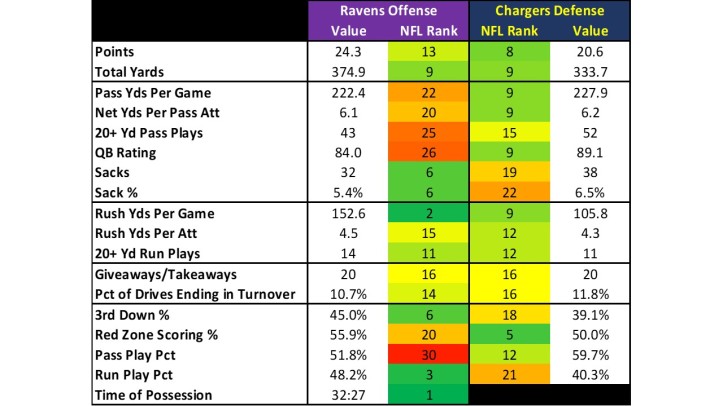 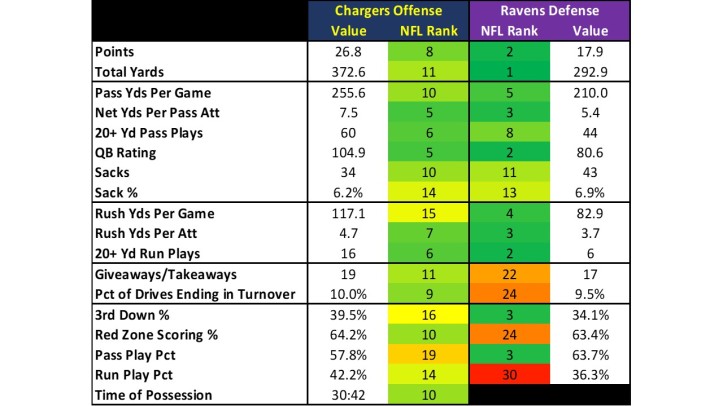